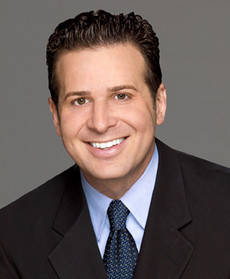 by: Steve Dolinsky
December 17, 2011 (ADDISON, Ill.) (WLS) — One of things a lot of people think about on Saturday night is, where are we having brunch tomorrow morning? ABC7’s Hungry Hound heads to Millie’s in west suburban Addison in this Saturday Night Sampler.

The recipes go back more than 50 years. And those recipes have endured, much like the generations of families that have made Millie’s Pancake Shoppe in west suburban Addison a regular part of their lives.

“1959 Millie Novak opened the restaurant and my mom was here from day one. Vern is her name, she was a waitress,” said Patti Brenneman, the owner of Millie’s. “And then in 1964 when Millie wanted to sell the restaurant, she said to my mom, ‘you would be perfect to run this restaurant’.”

And run it she did, eventually passing the torch to her daughter. The range of pancakes is impressive. From humble buttermilks – as thick and wide as a frisbee – to savory cakes embedded with corn kernels and towering German pancakes that are baked-to-order, then topped with cinnamon apples and showered with powdered sugar.

“If you want to eat healthy, people get our buckwheat. And I guess there’s not a lot of restaurants that still make buckwheat pancakes, and we do,” said Brenneman.

You could also opt to add oatmeal to your buttermilk batter..along with some blueberries for a jolt of antioxidants. The list goes on and on: hearty potato pancakes, thin Swedish pancakes, rolled up and served with sweet-tart lingonberries; even those Eastern European favorites known as blintzes, stuffed with cottage cheese, cinnamon and sugar. Brenneman says they also serve other breakfast items besides pancakes, of course.

Weekends are obviously the busiest, but the key, Brenneman says, is the number of customers who stop by several times a week.

“A lot of regulars today…and the regulars is what really helps sustain our business,” she said.

One of the true signs of any great pancake place is its versatility. Not just buttermilk, but a whole host of sweet and savory options. And certainly, Millie’s has all their bases covered.